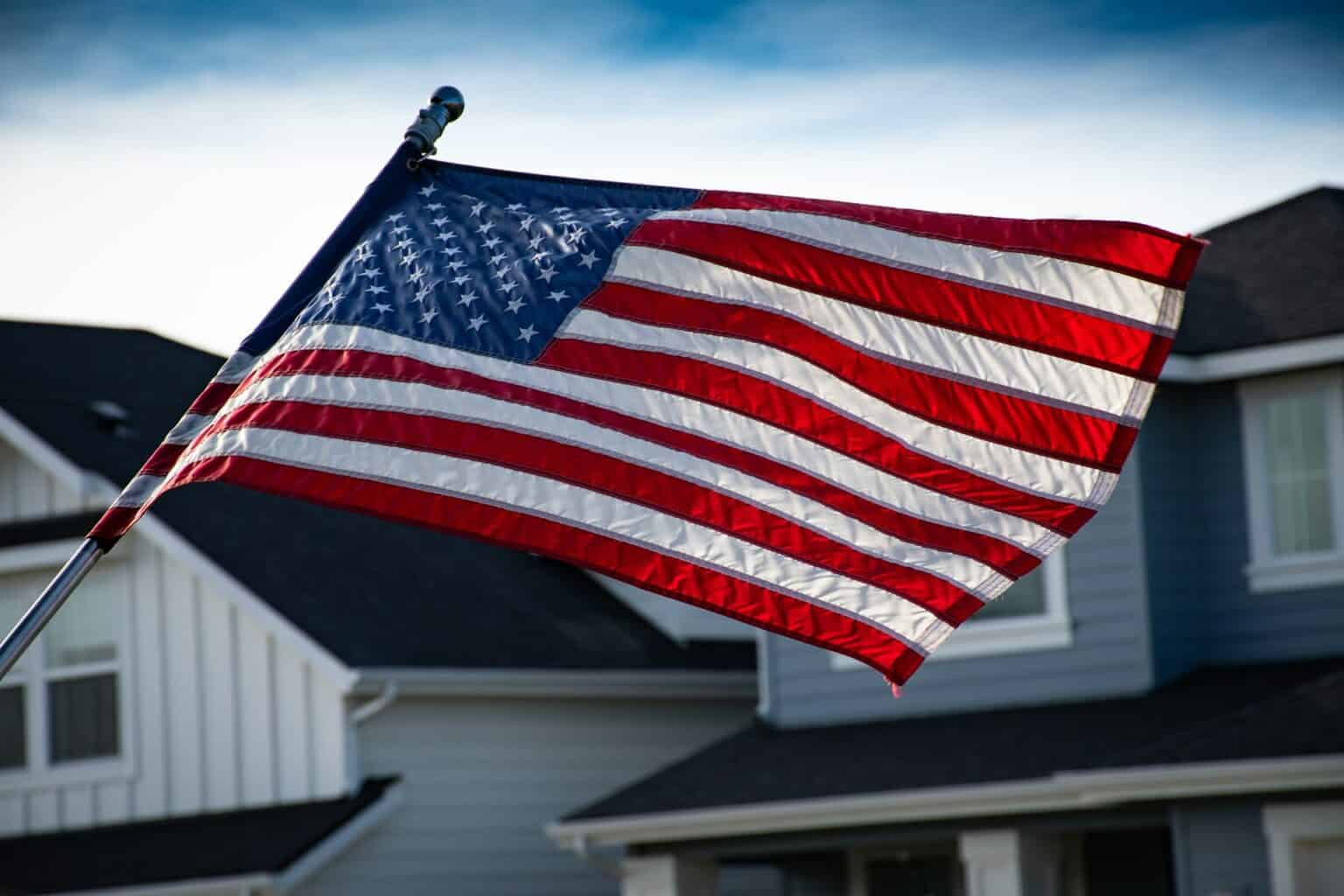 HOA American Flag Rules: What Your Homeowners Association Can Do

One of the time-honored ways to express American patriotism is to fly Old Glory. Throughout the country, there are many homeowners who choose to display the American flag during patriotic holidays, including Memorial Day and the Fourth of July. Others make the decision to enact flag displays year-round. And of course, some decide to skip flag flying, choosing instead to demonstrate patriotism and service in other ways. All of these are perfectly reasonable ways to display gratitude for our great nation.

The question is, how would you feel if your homeowners association told you that you were disallowed to have a flag display on your home? For many homeowners, this would be cause for great frustration, even anger. Simply put, nobody wants to have their patriotic demonstrations policed in this way.

Members of the HOA Board must tread cautiously when it comes to any rules they make regarding the flag display. And, they must ensure that any HOA flag restrictions are compliant with state laws as well as federal law.

So what should your HOA rules say about the United States flag? Let’s take a closer look at general policies you might consider within your homeowners association.

First things first: Homeowners associations have every right to develop, enact, and enforce their own rules. Generally speaking, these rules are designed to help homeowners preserve property values, and to build a sense of community within the HOA.

With that said, the American Flag Act also has a couple of important provisions. Members of the HOA Board will want to make note of these:

Now, let’s take a closer look at these important provisions and what they say about the freedom to display the flag.

Following the Flag Rules of the United States

Let’s begin with a closer look at the Flag Code. What do these flag rules say about the way in which homeowners fly the American flag? (Important note: The Code is still federal law, though it is no longer enforced in the court system.)

Some general flag rules, as summarized in the Code, include:

These are the basic statute, as outlined in federal law, for the proper patriotic display of the American flag. HOAs may allow homeowners to fly their flags but should encourage them to abide by these basic policies. Note: Not everyone in your community will be up-to-speed on the Code, so you may want to send out periodic reminders and homeowner communications, simply reiterating the main points of the Code.

Imposing Restrictions on the American Flag

Beyond the basic tenets of the Code, what other “reasonable restrictions” can your HOA place on the freedom to display the American flag?

Again, it is not just unwise but also illegal for the HOA to try to keep people from displaying their American flag. With that said, there are some basic, common-sense guidelines you can impose to ensure that the flying of the flag never has an adverse effect on property values, nor on the neighborhood’s uniform aesthetic.

As your HOA grapples with the best ways to enforce its HOA flag rules, there are a few tips that may help.

With these basic principles, you should be ready to clearly, consistently enforce flag policies in your community.

In these divided times, any issue involving patriotic display can very quickly become heated and combative. That’s really the last thing you want in your HOA. To help navigate these thorny issues, you may wish to enlist the expertise of a professional HOA management company.

Kuester Management Group provides community management services in Charlotte, NC, as well as HOA management in Myrtle Beach. We have a lot of experience helping Boards develop clear policies, and would love to talk with you further. Reach out at your next opportunity.