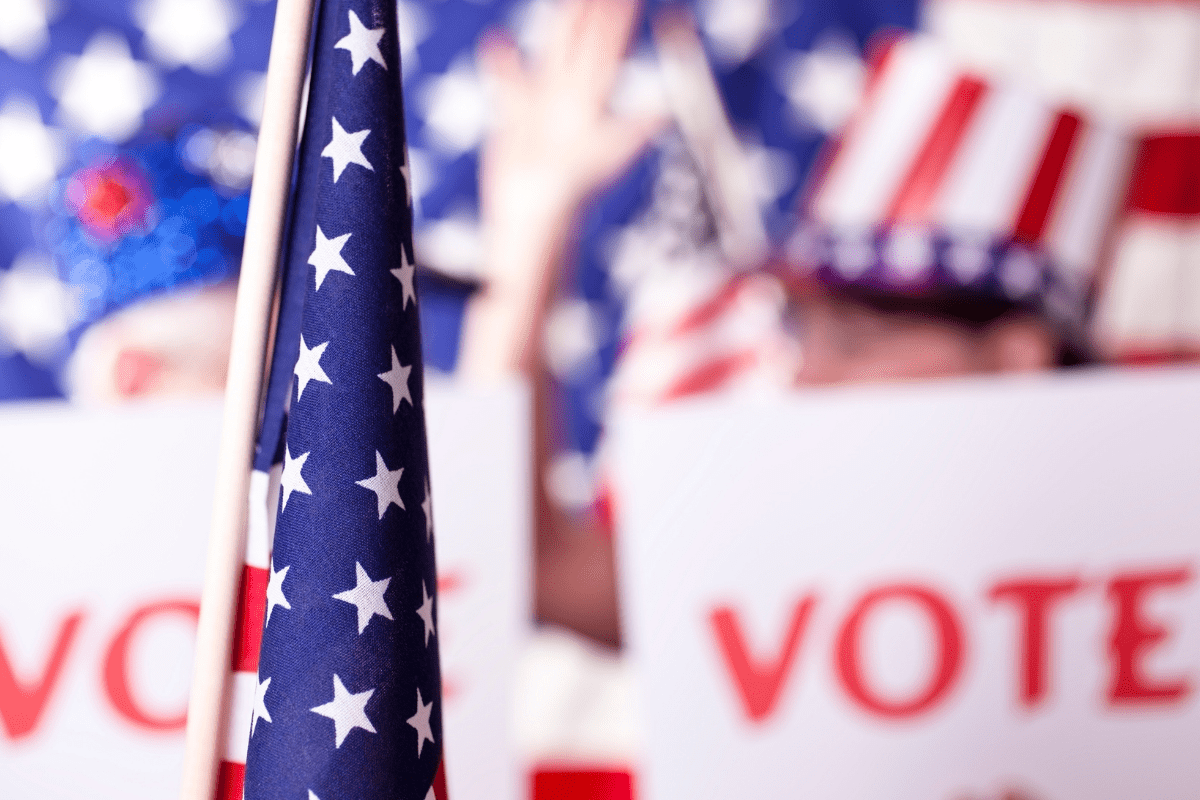 What are the Rules Concerning HOA Political Signs?

When you live in a homeowners association, you have to comply with a few basic rules and regulations. Many of these rules exist to ensure that the homes in the community meet a certain standard of aesthetic upkeep and general uniformity. The ultimate goal is to make sure the neighborhood looks beautiful, and that property values are kept to a premium.

As such, the HOA rules and regulations may outline what homeowners can and cannot do with regard to landscaping, parking cars out front, painting their house in crazy colors, installing satellite dishes, and more.

Another common issue is political signs. In our increasingly polarized culture, each election season brings a surge in activism and political demonstration, with many homeowners flying the colors of their favorite candidate for days before Election Day.

Of course, a large volume of political signage can sometimes stir up some less-than-neighborly feelings, especially in a battleground state like North Carolina. And, some homeowners may feel like signs detract from the overall aesthetics of the neighborhood. At the same time, other homeowners will say that they have a legal right to whatever form of political demonstration they want, including the use of signage.

So what does the average community association say about political signs? Here’s our guide.

Are Political Signs Allowed in HOAs?

When it comes to the use of political signs and flags in your HOA, it’s important to consult with the governing documents of your association. Or, ask a Board member to provide you with a basic summary. This is because the rules can vary from HOA to HOA. In NC, in particular, Associations have broad powers to regulate if and when political signs may be displayed within the community. As such, it’s important to check with your HOA’s specific policies, as codified in the rules and regulations.

Can the HOA Ban Political Flags?

Many homeowners will say that the First Amendment guarantees their right to display political flags and signs. Actually, the Supreme Court has consistently sided with HOAs, allowing them some discretion to limit the types of political signage that can be displayed within individual communities. And there are a number of state-specific rules and ordinances that similarly empower HOAs. In North Carolina it might be worth looking into the Planned Community and Condominium Acts, which speak to the HOA’s ability to restrict political speech in certain contexts and for particular reasons.

How Can the HOA Limit Political Signage?

If you’re serving on the HOA Board and you believe political signage has become a problem in your community, you’re probably wondering how best to address it.

There are a number of models you can follow as you seek to develop wise and effective rules for your community. One is to place time limits on when political signs may be displayed. Many communities dictate that signs may not be placed more than 45 days before the election, and must be taken down within a week or so of the election. You can change the specific numbers a little, but a set time frame for political signage can represent a good-sense regulation.

Your HOA may also seek to limit the number of signs posted at any given residential property. Along the same lines, you can place restrictions on the size of political signs used. This is already the case in the City of Charlotte, where homeowners are disallowed to post political signs that are more than 16 feet high.

What are the Best Steps for the HOA Board to Take?

If you are a Board member and you are serious about regulating political signage in the community, a good first step is to check your covenants and other governing documents. It’s possible that there is already some language in place that empowers the Board to restrict political signs in some way. It is also possible that the governing documents include language limiting just how far the Board can go.

If there is no such language in place, it may be worth drafting some basic rules and guidelines for your community, creating some basic stipulations about when yard signs can be posted, for how long they can remain, how many signs a home can have, and more. You can also use these rules and guidelines to speak to related issues, such as flying flags on residential properties.

Timing is important, and as a rule of thumb, you’ll probably not want to impose new sign restrictions at the height of an election season. Choose to roll out these rules off-season or at a low ebb of the election cycle, allowing homeowners to process these rules with clear heads.

Also make sure that any new rules you develop regarding political signs are clearly communicated with all homeowners. And when you do communicate with homeowners, stress the reason for these rules: Your goal isn’t to limit free speech so much as to limit the visual noise that exists within your community.

Can the HOA Board Remove Political Signs?

What happens to homeowners who erect political signage in spite of the HOA’s rules and regulations?

The best advice for Board members is to always assume that homeowners are willing to cooperate, and that perhaps they just aren’t aware that they are in violation of the rules. Clear communication will usually resolve the problem.

If a homeowner really does refuse to take down a political sign, the Board may go through their usual channels of rules enforcement.

What Should Homeowners Know About Posting Political Signs?

If you’re new to the HOA and don’t know what the rules say about political expression, about the maximum size of political signage, etc., a good first step would be to simply read the rules and regulations. If you are still unclear, ask a Board member for clarification. Most HOAs impose reasonable, common-sense rules that are easy to comply with, just so long as you know exactly what’s expected.

If you actually have concerns about freedom of speech being violated, you can always double-check the laws in your area, including relevant Supreme Court rulings, or even check with the property manager. Again, as a rule of thumb, the courts have usually sided with HOAs to impose common-sense rules and limitations, and this is not seen as an encroachment on freedom of speech.

The issue of political signage may seem fraught with conflict and division. It doesn’t have to be that way. HOAs can develop smart, clear rules that preserve community and limit the visual noise within it. And, they can be clear and gracious in how they communicate those rules, and in how they enforce them.

With any question about political or election issues, we recommend reaching out to your community association attorney… or better yet, simply taking the matter to your HOA management company. If you live in the Charlotte area or in Myrtle Beach, we recommend seeking out Kuester Management Group. We have tons of experience helping HOAs navigate tricky issues, including issues related to the public display of political yard signs. With any questions about political displays in your HOA, reach out to the team at Kuester Management Group at your next opportunity.